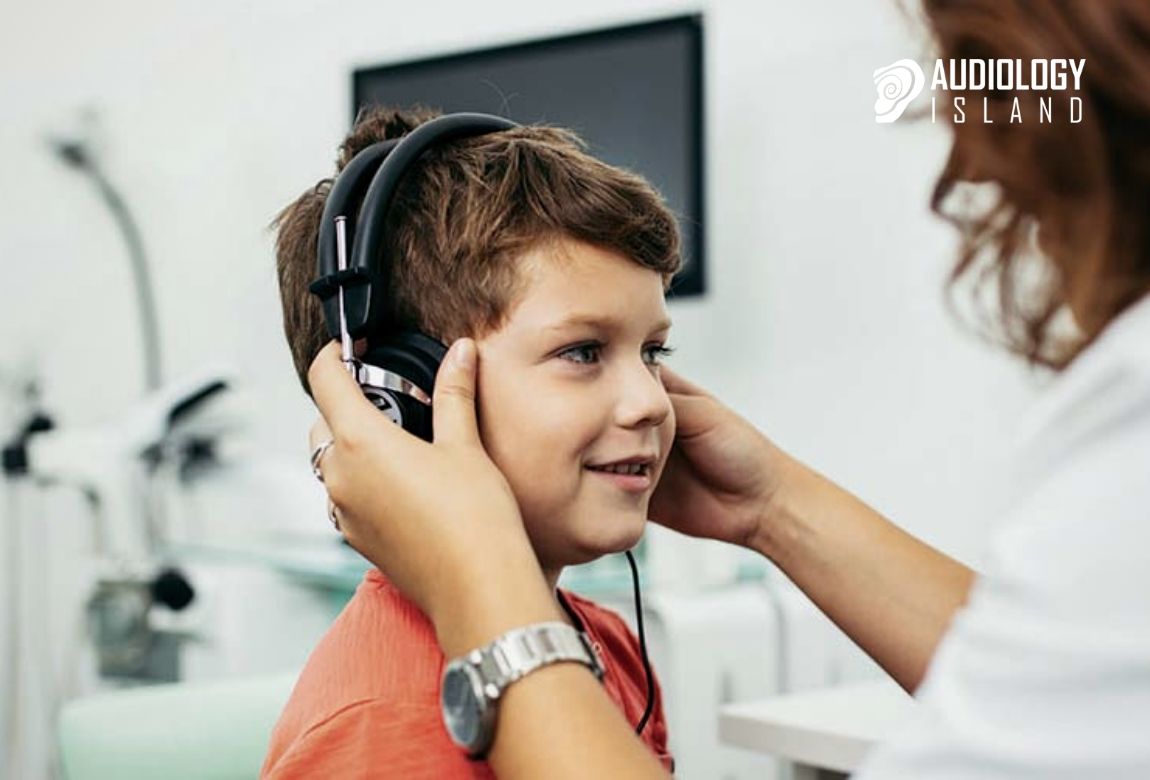 Can a Hearing Aid Help Your Child with Unilateral Hearing Loss?

The subject of hearing aids for children can be a sensitive one. Children can be more susceptible to bullying and developing a poor self-image if they experience hearing problems, especially if those problems are treated in a way that’s obvious to their peers.

Research in recent decades has highlighted the impact that hearing loss can have on academic performance and social integration, but the findings regarding treatment options has been mixed. Should you have your child with UHL treated with a hearing aid? Studies and surveys suggest that the answer may depend on the specifics of your child’s hearing loss.

Approximately .03 percent of children suffer from UHL, which results in difficulty localizing sound and recognizing speech in noisy environments. Audiologists have traditionally advised the parents of children with UHL that they may encounter some difficulties at school and in life, but that their children would develop normal listening and speaking skills with simple interventions. They often recommended measures like preferential seating in classrooms to reduce auditory distractions or use of FM systems to help foster success in school.

However, studies performed in the mid-1980s revealed some startling statistics that suggest hearing loss in children leads to much more severe difficulties than they originally thought. For example, a third of children impacted by hearing loss were held back in at least one grade, while only a tenth of that number of children without UHL were held back. Many of them relied on resource rooms, and as many as 20 percent of children with UHL had teachers who reported behavior problems in the classroom. The results of those two studies were replicated a few years later, further cementing the link between hearing loss in children and poor school performance when compared to children with normal hearing.

Since the publication of these studies, the recommendations from audiologists treating these children have shifted somewhat. Monitoring is recommended more frequently, as are speech-language evaluations and FM device trials. Some study authors have recommended CROS hearing aids, which deliver sound from the affected ear to the functioning one, but very few professionals have recommended personal amplification, or conventional hearing, aids for children.

Researchers designed studies in the 1990s to compare the effectiveness of these three methods for hearing loss in children. These studies attempted to evaluate the ability of these children to recognize speech in both quiet and noisy environments. The results of these studies showed that CROS hearing aids and personal amplification can have a negative impact on speech recognition in noisy environments and little impact otherwise. In all the situations they tested, FM systems improved speech recognition. However, these studies were conducted in sound booths.

It’s important to distinguish between results obtained in sound booths and real-world performance. While soundbooth results can inform research and investigations, it isn’t a substitute for trials that test the outcomes of these interventions in real situations for children with hearing loss. The Audiology Department of the Children’s Hospital of Philadelphia wasn’t swayed by the studies that suggested personal amplification had a detrimental impact on children with UHL. They wanted to see how children would perform in classrooms and other social situations while using personal amplification. To test these outcomes, they designed a program to evaluate the effects of personal amplification.

In 2000, these audiologists began using personal amplification in the treatment of children with UHL. This replaced their previous practice of only recommending FM systems, and it was based on a desire to mitigate the strong negative impacts of hearing loss discovered by previous researchers. It was also guided by the strong improvements seen in several children who received personal amplification previously.

They updated their guidelines for hearing loss in children to include conventional hearing aids as a valid intervention. They included criteria for candidacy, an outline of the testing procedures, and specific guidance for fitting. Counseling was also included in the guidelines.

Ideal candidates for personal amplification had dB HL ranging from 25 and 65. They could also recognize speech using their impaired ear, though the capacity for recognition was reduced. Other candidates could be fitted with a recommendation from the audiologist responsible for their treatment. A bank of hearing aids was established for children in the program. Audiologists aimed to fit them with a trial personal amplification system on their second visit. The trial period for each child lasted at least three months.

By March 2002, the program had fitted 28 children with UHL for hearing aids. Their hearing performance was tested in the sound booth, as previous studies had done, but that didn’t provide an accurate assessment of the effects of their personal amplification on their speech recognition. Parents were provided with a survey about aspects of their daily lives before and after the hearing aid fitting. The survey results were used to assess the impact of personal amplification on the children’s quality of life.

Twenty-eight children were fitted with hearing aids by the program, and surveys were completed for 20 of them. The children’s ages spanned from two to 17 years, and their hearing loss ranged from mild to moderately severe. Survey questions asked parents to rank their child’s performance in various areas on a five-point scale, from greatly worsened to greatly improved since they began using the hearing aid. The questions included topics such as:

A majority of parents rated their child from “the same” to “greatly improved” for most questions. Specifically, children showed improvement in areas related to their auditory abilities while remaining the same in areas such as frustration. No parent responded to any question with “greatly worsened.” Parents also reported that they wished they had gotten a hearing aid for the child sooner.

Parents also had an opportunity to provide additional comments on their surveys. These remarks reinforced the results of survey questions. The children who were fitted with hearing aids showed substantial improvement in both academic and social contexts. Parents were very passionate about the impact personal amplification had on their children. Many used the comments to express that they wished they knew earlier about the possibility of trying a conventional hearing aid.

This survey suggests that children with hearing problems who meet specific candidacy perquisites should trial personal amplification. While it may not offer a measurable quality of life improvement for all children with unilateral hearing loss, hearing aids for children may provide a significant improvement if they meet the recommendation criteria.