Healthy hearing is an important attribute of strong relationships and a close-knit family. This is not surprising, because close people always hear each other and understand what is at stake.

Unfortunately, not all Americans have excellent hearing. More than 30 million of our citizens suffer from some form of hearing loss. However, many of them do not always seek help. People think that no one and nothing can help them.

However, Audiology Island has shattered such judgments many times, restoring lost hearing. CROS and BiCROS hearing aids are great solutions for those with unilateral hearing losses.

Features of Hearing loss in one ear

First, a few words should be said about hearing loss in one ear. It’s a serious problem, which is not always given sufficient attention.

One of these problems is the so-called “head-shadow effect”. This simply means that as sound has to travel from one side to the other, there is enough volume lost that can create a greater difficulty in hearing even from the good ear.  It’s especially noticeable in noisy places such as a stadium, restaurants, bars, weddings, etc.

Our leading audiologist, Dr. Stella Fulman has long been convinced that people with hearing loss in one ear are in no hurry to seek help. Unfortunately, the opposite is true. The system of hearing and brain organs is built in such a way that a problem in one ear affects the functioning of the entire system. Other difficulties arise over time.

Fortunately, modern medicine has high-tech devices, which help in such a situation. One of them is CROS and BiCROS hearing aids, which are specially designed to solve hearing loss in one ear!

What are CROS and BiCROS hearing aids?

For years, audiologists have looked forward to the introduction of the new CROS / BiCROS technology based on digital wireless signal transmission. These devices have shown high efficiency. It should be noted that CROS stands for Contralateral Routing of Signals.

It is important to understand that hearing loss in one ear makes every minute of delay critical. Therefore, at the first symptoms, you should immediately seek help. Only a specialist will be able to determine the cause of the problem and prescribe the correct treatment, including the use of CROS or BiCROS devices if the hearing can not be recovered.

What’s the difference between CROS and BiCROS hearing aids? To answer this question, let’s take a look at these devices separately. 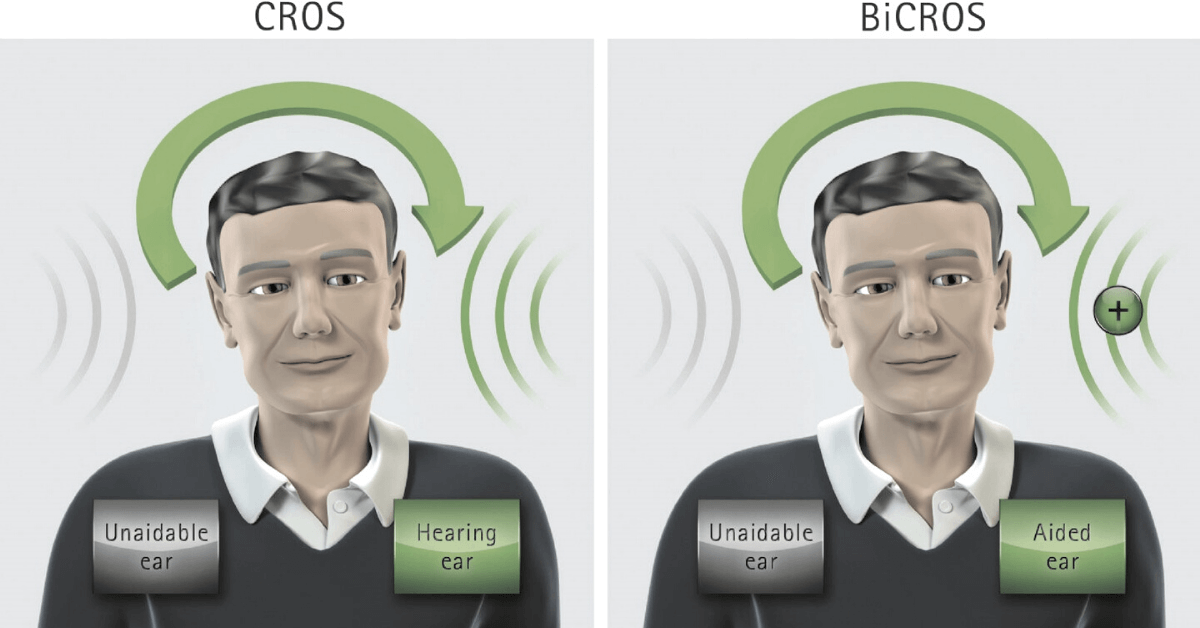 CROS hearing aids is a two-device system. Outwardly, it looks like two hearing aids (in the right and left ears) of the BTE or ITE type. A hearing aid for the deaf ear consists of a microphone (to pick up sounds on the deaf side) and a transmitter, which transmits sounds to the other ear.

The transmitter sends the recorded sounds through radio waves to the hearing aid in your healthy ear. This second part of the CROS system consists of a radio receiver for wireless communication and an amplifier. The latter amplifies the sounds received from the other side. The use of such a system saves a person from the “head-shadow effect”.

Bi-CROS hearing aids work in a similar way except the receiver side will also address the hearing loss that the person has in their better ear.

Thus, BiCROS or CROS systems are excellent, sometimes the only solution to unilateral hearing problems, especially if the patient often has to listen with a weak ear. For example, while driving.

What are the disadvantages of these devices?

Despite all their advantages, CROS / BiCROS devices have several disadvantages. The main one is the impossibility of sound localization. After all, devices transmit information from all sides to only one ear, therefore, a person cannot determine the location of the sound source, especially in a noisy place.

Are there alternatives to CROS hearing aids?

As we have already found out, CROS and BiCROS devices have several disadvantages, which some users may not like. For example, a person may not want to wear a hearing aid on a healthy ear. For such cases, alternative devices have been developed that are also able to restore lost hearing. 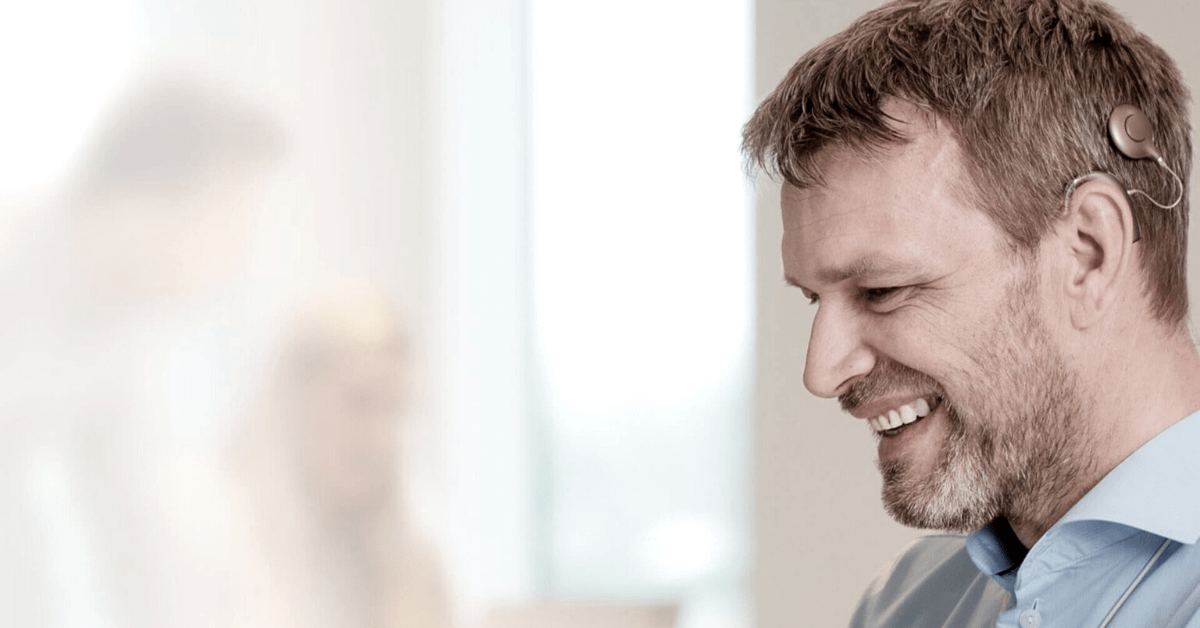 It’s a small device, which sits directly in the “bad” ear. It contains a miniature oscillator that touches the bone. The device converts sound waves into vibrations, which drive the oscillator. It, in turn, transmits a signal through the bone to the cochlea of ​​the “healthy” ear.

This type of device is intended for severe hearing loss in one ear or single-sided deafness. It is the only solution for single sided deafness that will provide localization.  It does require a surgeon to implant the device.  In this case, a speech processor is located outside the head. The system converts sounds into electrical signals, which are transmitted directly to the brain. Thus, a cochlear implant should be considered an “electronic” or “bionic” ear.

The considered alternatives to CROS / BiCROS devices are very effective. However, they are a more invasive solution and not everyone is prepared for even if it has proven safe and effective.

Hearing loss in one ear of any type is a very common problem. Most Americans have successfully dealt with it. So if you notice such a problem in yourself or a loved one just ask for help from specialists. Modern medicine has a wide range of tools for helping people, including sophisticated technological devices such as CROS and BiCROS hearing aids. A little patience and time, and you will again hear your surroundings with less effort.