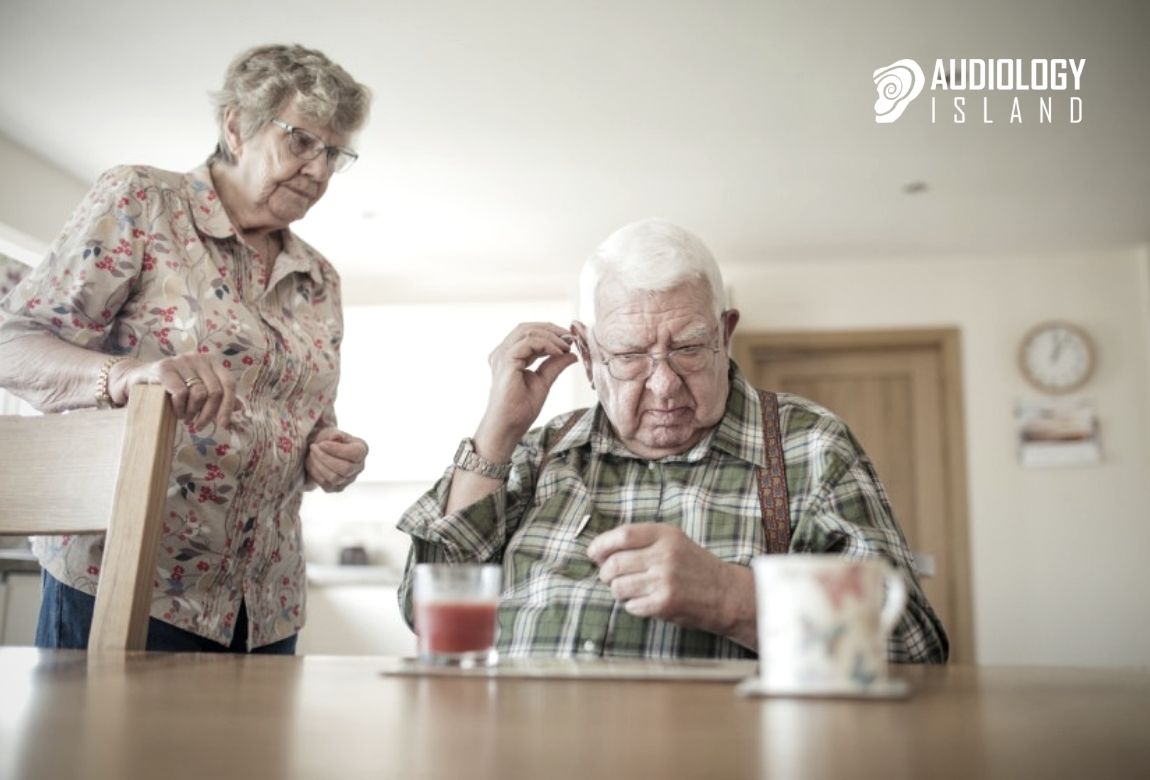 Many older people who suffer this condition have no hearing aids. If there is a determinable link between dementia and failed hearing that goes untreated, then the old need to be concerned. The relationship between cognition, waning ability to hear and dementia have awoken an interest among the medical fraternity.

It is not yet understood how the loss of hearing links to memory loss and cognition, but there hasa been evidence which implies a substantial relationship between loss of hearing and heightened risk of cognitive deterioration. (Deal et al., Lin et-al., 2011; Ohta et al., 1981; Granick, et-al., 1976; Lindenberger & Baltes, 1994).Reports have shown that using hearing aids to treat loss of hearing could inhibit the advancement of cognitive deterioration. However, these reports are not conclusive. (Valentijn et-al., 2005; Lin et al., 2013; Deal et al., 2014). What is clear is that loss of hearing causes the victims to isolate themselves, which in turn leads to further cognitive decline. (McCoy et-al., 2005; Tun et al., 2009; Weinstein & Ventry, 1982). It is still unclear whether a hearing loss has an indirect or a direct association with cognition or memory loss. A conclusion is yet to be made whether treating the underlying hearing loss leads to a slower rate of cognitive decline. The point of the study reviewed in this test was singularly to look into reports of hearing loss and evaluate the rates of cognitive decline with these two groups: those whose hearing is impaired and the ones who have normal hearing, and those who use of hearing aids against those who don’t.

Amieva and colleagues conducted a study. It pooled together 3,670 participants aged 65 and above. They were taking part in a French longitudinal study on brain and aging. The study started with a neuropsychological assessment, indices of reliance, depression, and social relations 25 years ago. A survey on hearing loss was also done. Successive tests were done every 2-3 years after the first test. The follow-up tests focused on tests that interrogated cognitive performance, complaints, the functionality of the participant, indications of depression, questions about how they were interacting socially, and the use of medicine.

The participants were to answer this question in the self-assessment: “Do you hearing trouble?” to which they were instructed to respond in either of the following ways:

Additionally, they were asked whether they had a hearing aid.

The members were split further into two groups this time. This test was meant to determine the effect that hearing loss had on their cognition. The groups were: Those with a level of hearing loss, severe or partial and those with no hearing trouble at all. Out of the 1,276 who had a degree of hearing loss, 150 made use of a hearing aid.

Data collected during the test was analyzed using three models. The first looked at affiliation between cognitive degradation and hearing loss. After they had made provision for the gender, the level of education and age of the participants, the investigators noted that they could link loss of hearing with who scored poorly in the MMSE. They also showed more decline in cognition over the period of 25 years.

The second model scrutinized the interactions among loss of hearing, use of a hearing aid, and cognition. It had been determined that both groups that reported any level of hearing loss scored poorly on their MMSE in contrast to their fellow participants with no hearing problem. 25 years after the first test, there was a considerable disparity in the pace at which cognition declined between the participants with hearing impairment and did not use a hearing aid and the ones that did not report any loss of hearing. Those who used hearing aids throughout did not indicate any change from those that had initially reported no loss of hearing.

The third model paid closer attention to the loss of hearing, use of hearing aids and decline of cognition, while holding all factors such as dependency, dementia, comorbidities and the use of psychotropic drugs were held constant. The test results showed no noteworthy difference between the cognition paths of the individuals with hearing impairment.

The study shows similar trends reported in a previous study conducted to determine the connection between the loss of hearing and a swell in the pace at which cognition declined. (Lin, 2011; Lin et al., 2013; Deal et al., 2015). It is important to note that both tests show a comparable rate in cognitive decline between the participants with impairment but used hearing aids as those with normal hearing. Their fellow participants who did not use hearing devices had an accelerated deterioration. These results were so after managing all other variables such as depression.

Loss of hearing, as noted by authors of a later report, has been linked with social segregation and depression. The authors pointed out that these conditions could explain the relationship between loss if hearing and the decline of cognitive the element. The report is Kiely et al., 2013; Li et al., 2014. The current report does not find a precise relationship between the decline in cognition and loss of hearing.

It is prudent to note that the report utilized self-report to assess the use of hearing devices and loss of hearing. This method is clearly the most practical, taking into consideration the study’s scale. Furthermore, the test was conducted at the beginning of the test. Therefore, if the participants continued to lose their hearing, the panel would not know as no follow-up test was performed.

While bearing in mind the discussions related to these tests, a person’s ability to perform their daily activities, especially in a noisy place may be affected.

Nevertheless, individuals who find themselves limited to their performance in noisy places due to memory limitation either may have or may lack prominent tone thresholds. The self-report assessment may not signify the real loss of hearing; it could be a sign of other issues. Unless an audiometric exam is conducted, it is not clear how the loss of hearing affects cognition.

The facts that Amieva presents give us a slight understanding of how cognitive ability and our hearing status relate. We cannot say with certainty that treating the loss of hearing slows down cognitive decline. We would require further longitudinal tests to say that we understand this relationship. Fortunately, this plan is in the pipeline as tests are ongoing at hospitals and universities throughout Europe and America.