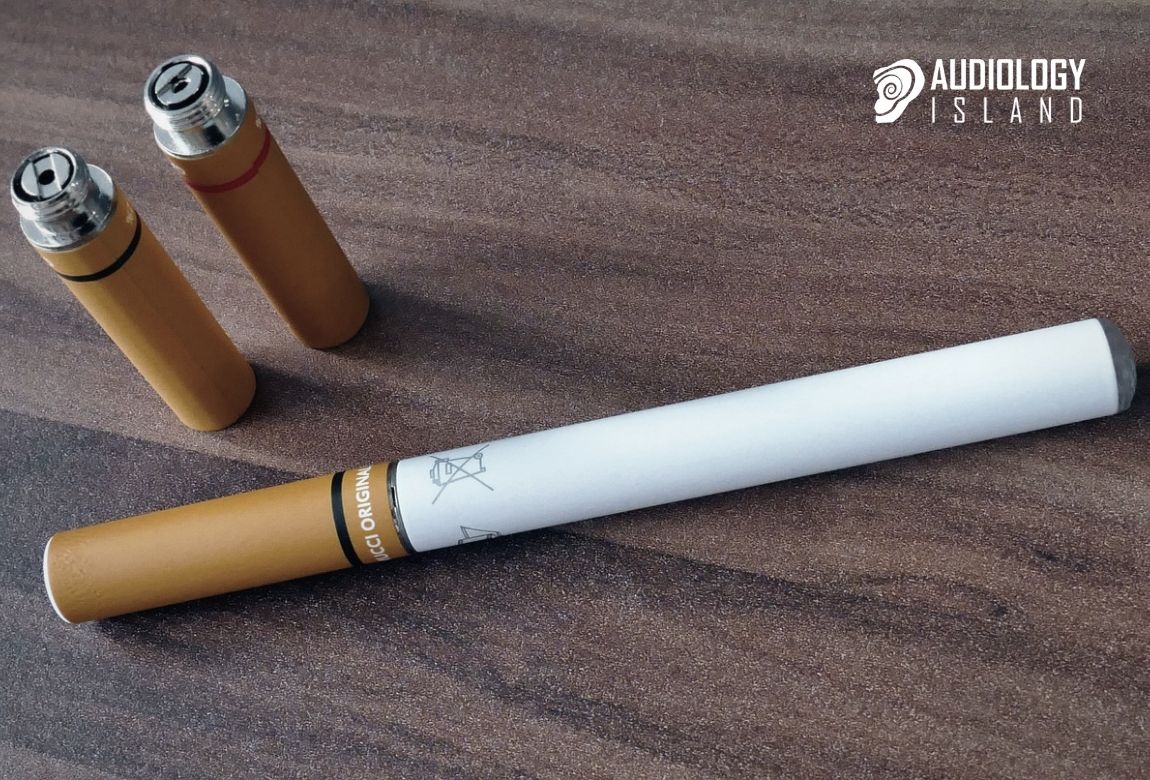 Electronic cigarettes were originally advertised as a healthier alternative to traditional cigarettes. They were believed to be safer and less damaging. The idea is that vapor is less harmful than smoke, which contains a suite of toxins.

However, not much research has been done on the possible long-term effects. As a result, the safety of electronic cigarettes has been called into question, but another hidden danger has recently been revealed; a new study indicates a possible link to hearing loss, and teenagers are most at risk.

While fewer teens smoke traditional cigarettes than in the past, the use of e-cigarettes among teens has risen exponentially, which is likely due to the false belief that they are a safer alternative. In an attempt to reduce teen smoking rates, the Federal Communications Commission banned tobacco companies from advertising their products on television back in the 1970s.

But today, according to the Centers for Disease Control and Prevention, 70 percent of high school and middle school students have been exposed to e-cigarette ads. While they don’t contain tar or carbon monoxide, most e-cigarettes contain nicotine, which is highly addictive.

While the exact link between e-cigarettes and hearing loss is not yet known, it likely results from the nicotine, which lowers the level of oxygen in the bloodstream while simultaneously reducing blood flow. The human ear contains tiny hairs called cochlear cells. As sound enters the ear, it causes these hairs to vibrate. The vibrations are communicated to the brain as electrical impulses and interpreted as sound. It’s important to note that these hairs do not repair themselves.

When they are damaged, permanent hearing damage results. The damage is cumulative, so by the time an individual notices a problem, irreversible damage has been done. The hairs in the ear need a constant supply of blood and oxygen to remain healthy and functional. As nicotine use restricts blood flow, the hairs can become damaged.

If nicotine is the prime suspect, why haven’t standard cigarettes been linked with hearing loss? The danger results from the ability to customize e-cigarettes. There is a wide range of flavors to choose from, and many e-cigarettes offer the option to add as much nicotine as desired. Teens often become curious and experiment with different nicotine levels without understanding the dangers involved. As they add more flavor and nicotine, the risk of hearing damage rises.