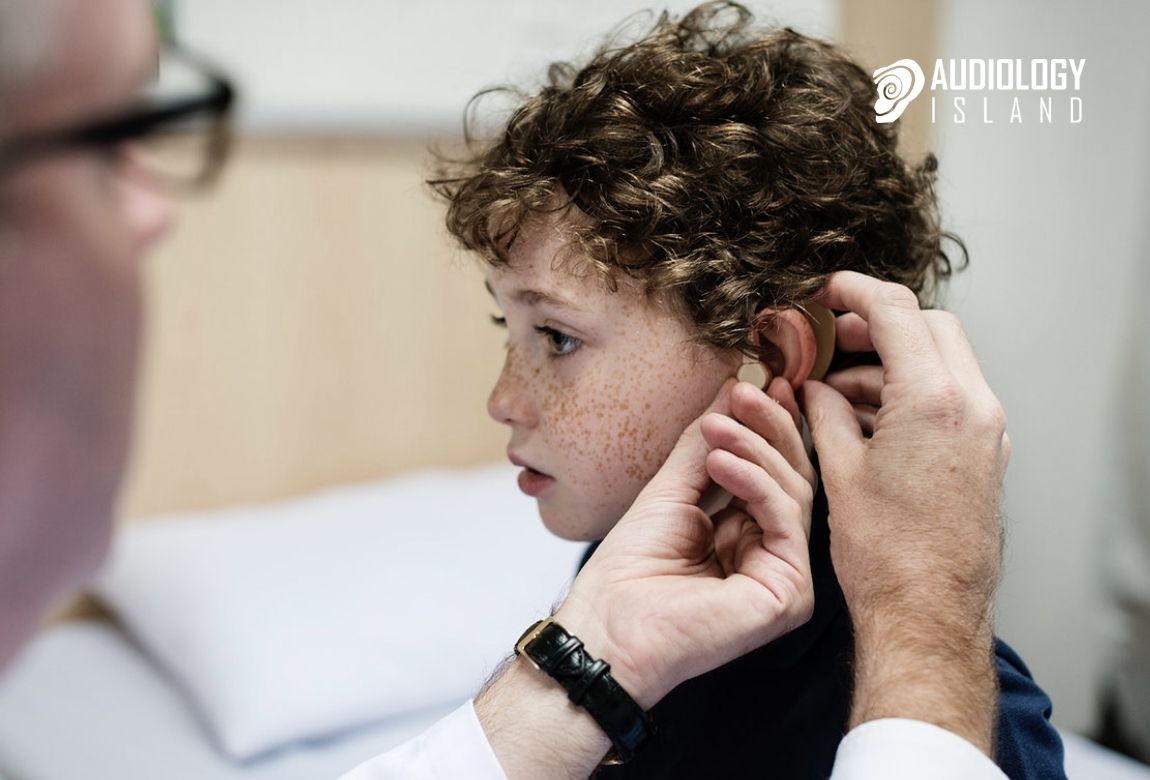 This is from the simple fact that they don’t hear as many words, or the correct enunciation of the words. The same theory can be used to explain why kids grow up with regional accents. They’re not born with that accent, they develop it based on the words they hear. Children with hearing loss who use hearing aids have a difficult time forming words at the same rate as children without hearing aids and hearing loss.

Studies on hearing loss in children

However, what about children younger than that who may need a hearing aid due to hearing loss? How is their learning ability affected? Several findings show that if a child acquires sign language as their first language after deafness is discovered often reach language milestones quicker than children who only practice via a vocal medium. The explanation behind these studies postulates the theory that children who use sign language are required to use more of the neural pathways in the brain associated with vision. Because of this, the child notices lip movements that may prove helpful in producing words. Therefore, should they choose to verbally take on English as a second language, they should pick up on it even faster than children with perfect hearing, because they understand the mouth formations required to make a word.

Where do hearing aids come in?

We can start by asking the question ‘What are hearing aids?’ to ourselves. A hearing aid or hearing aids consist of four parts. A microphone to pick up sound waves. An amplifier to make sounds picked up by the microphone even louder. Thirdly, a receiver, or a miniature loudspeaker, delivers the now amplified sound to the cochlea. Lastly, the hearing aid, like any electricity based technology, needs batteries.

As I discussed in the previous half of this article, children who need hearing aids, even unilaterally (one ear), have their learning affected. Hearing aids can shorten and even erase the learning deficit in adolescent children. But how? What proof exists that hearing aids help with learning? A study done by the University of Iowa followed 180 children who needed hearing aids. All of these children, save four, were fitted with hearing aids. All of the children who wore hearing aids did better at speaking and developing language than the children who didn’t. In fact, the longer they wore the hearing aids the more developed their skills in those areas became. Speech is learned by imitating sounds we hear. Children born with profound hearing loss can benefit greatly by getting hearing aids. These allow them to hear the words they wouldn’t have heard otherwise, and thus begin to form their own. Because humans are such social creatures, not being able to hear and utilize the main mode of communication between parties can lead to isolation by the peer group. When a child has hearing aids, not only does it improve their learning and language development skills, but by doing that it improves their social skills as well.

The implications for a child with hearing impairment are extensive. Being deprived of their hearing can cost a child academically and socially. Like anything with medicine, the earlier that a doctor catches an ailment, the better they can treat it. With that being said, the sooner a child is given hearing aids, the sooner that they will be able to develop typical language skills. It also means they will be used to them, and won’t have to endure the social stigma of having to introduce the hearing aids to their friends. In addition to that information, teaching a child sign language as their first language can help them form words later, as sign language helps them to watch the mouth. By watching the mouth, they see what lip formation to make and can learn verbal English more quickly should they chose to adopt it as a second language.